At CENIC’s annual conference, Calit2’s Larry Smarr observed that he had worked for 8 years to establish the 10G connection with CICESE that received the 2012 Innovations in Networking Award for High-Performance Research Applications. During this time, Smarr worked together with fellow presenter Carlos Casasús of CUDI as well as two Directors General for CICESE and two for CONACYT, the Mexican equivalent of the National Science Foundation.

A large part of the motivation for this connection was to work around the obstacle to the natural collaboration that would otherwise take place between both UCSD and CICESE created by the national border, where a researcher could spend between three and four hours during a simple day trip just crossing the border itself. Since that time is unlikely to grow shorter in the future, optical networks were the ideal way to enable scientific collaboration. Smarr also reminded the panel audience of the extraordinary Calit2-CICESE demo which took place the following day and featured a live linkup between both institutions’ OptIPortals, by which large seismic datasets were shared absolutely seamlessly in real-time.

The link up between the institutions was supported by AMLIGHT and made possible through the funding support of the National Science Foundation (award# OCI-0963053).

On March 25, 2013, the South American Astronomy Coordination Committee (SAACC) had a virtual meeting Topics included facilities such as LSST, ALMA/NRAO, AURA, and LineA, as well as presentations from the networks Internet2, AmLight, RedCLARA, REUNA, RNP, and ANSP. Presentations can be viewed here.

The next SAACC face-to-face meeting is scheduled for August 19th, 2013 in either Santiago or Pucon, Chile.  An all day meeting was proposed at the March 25th SAACC virtual meeting to discuss science drivers in more detail. SAACC members are requested to reply to the amlight-saacc@shelflife.ampath.net mailing list by end of May with their availability and agenda items.
You can follow the Committee through their Facebook page here.

International Networking: The Latest News from Mexico and Canada

At CENIC’s annual conference, Carlos Casasus, CUDI, and Mike Hrybyk, BCNET, gave updates on their networks. Mexico’s 2012 National Digital Agenda — called a “major milestone” by Casasús — explicitly guarantees connectivity for higher education centers, specifying that connectivity to the national Mexican research and education network (CUDI) should be provided to all universities and research centers with bandwidth that is proportional to enrollment and research, using existing public and private infrastructure. Since 207, CUDI and the Ministry of Communications and Transport have been working together on RedNIBA to advance broadband connectivity throughout Mexico. This network uses the optical fiber overlaid on the existing electricity grid, and capacity is provided via a government-funded contract between the Ministry and the Electricity Commission.

RedNIBA currently has 40 POPs throughout Mexico and includes 10G connectivity on the “triangle” of Mexico City, Guadalajara, and Monterrey, and north to Juarez by which it obtains connectivity to the Internet2 via the University of Texas at El Paso, and CENIC’s CalREN. June 2012 saw an agreement between CUDI and the Ministry that allows CUDI to use RedNIBA without cost. (link to network map here)
Hrybyk pointed out that BCNET has undergone a large shift in its conception of itself, going so far as to remove the word “network” from its mission statement and instead conceptualizing itself as “shared IT services for higher education.” Its funding it dominated by fees paid by members, although it also receives funding from the provincial government in British Columbia and CAMARIE as well as fees for other services such as revenue from exchange points. BCNET’s 10G fiber network spans over 2,000 km throughout British Columbia and is owned, managed, and operated by the BCNET member consortium.
An overview of Canada’s continent-spanning CANARIE network then followed. CANARIE has 19,000 km of fiber throughout Canada, with 100G capability, and connects a million Canadians at 1,100 institutions throughout the country. This very thorough penetration is furthered by CANARIE’s work with provincial networks like BCNET to ensure that all Canadian universities are connected, as well as research hospitals and health networks, Networks of Centres of Excellence, major science facilities like TRIUMF, NEPTUNE, SNOLAB, thousands of high schools, and what are in Canada known as CEGEPs or general and vocational colleges (link to network map here )

Staring at a small patch of sky for more than 50 hours with the ultra-sensitive Karl G. Jansky Very Large Array (VLA), astronomers have for the first time identified discrete sources that account for nearly all the radio waves coming from distant galaxies. They found that about 63 percent of the background radio emission comes from galaxies with gorging black holes at their cores and the remaining 37 percent comes from galaxies that are rapidly forming stars.

“What radio astronomers have accomplished over the past few decades is analogous to advancing from the early Greek maps of the world that showed only the Mediterranean basin to the maps of today that show the whole world in exquisite detail,” Jim Condon, NRAO said.

Jim Condon worked with William Cotton, Edward Fomalont, Kenneth Kellermann, and Rick Perley of NRAO; Neal Miller of the University of Maryland; and Douglas Scott, Tessa Vernstrom, and Jasper Wall of the University of British Columbia. The researchers published their work in the Astrophysical Journal.
For original article click here.

Geneva, 30 April 2013 – Twenty years ago CERN1 published a statement that made the World Wide Web (“W3”, or simply “the web”) technology available on a royalty-free basis. By making the software required to run a web server freely available, along with a basic browser and a library of code, the web was allowed to flourish.
The technology, invented in 1989 at CERN by Tim Berners-Lee, was originally conceived and developed to meet the demand for information sharing between physicists in universities and institutes around the world.
For original article click here.

The National Network for Research and Education in Mexico, CUDI, presents a new audiovisual work that meets the mission, goals, services and the different elements of the work of the institution. The University Corporation for the Development of the Internet ( CUDI), is the body that coordinates the national network project seeks to promote Mexican and development of applications using the network, fostering collaboration in research and education among its members.
In Youtube: https://www.youtube.com/watch?v=mPExJtPVjI8
CUDI Youtube Channel:http://www.youtube.com/user/redcudimexico/

* The National Network for Research and Education in Mexico, CUDI, launches promo video. http://bit.ly/11AjPwG
* CERN celebrates 20 years of a free, open web | CERN press office http://bit.ly/ZRH5JO
* VLA Gives Deep, Detailed Image of Distant Universe http://bit.ly/Zkjrkt
* RT @brookhavenlab: If a universe explodes into existence, and no one is around to hear it, does it make a sound? Yep.http://1.usa.gov/ZQVc28
* Infographic: Where a STEM Education Can Take You | I Smithsonian Magazine http://bit.ly/ZLgf1e
* New Techniques Allow Discovery of Smallest Super-Earth Exoplanets http://1.usa.gov/YLohHk
vassi2019-03-27T15:25:40-05:00 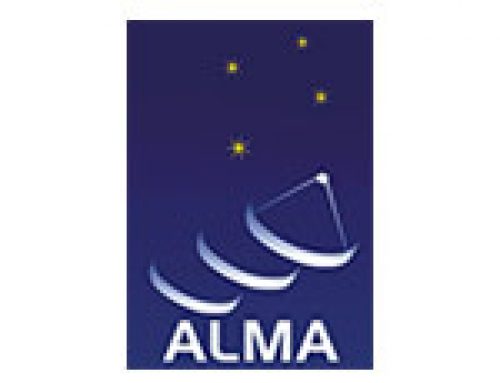